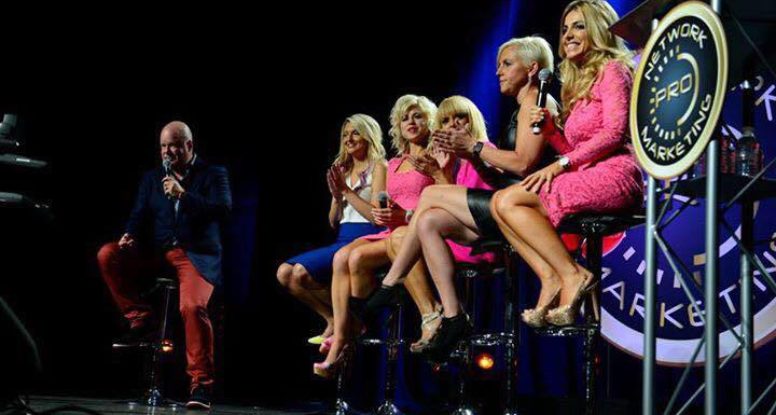 NETWORK MARKETING: JOURNAL OF MY ADVENTURE IN LAS VEGAS

Who’d have thought it? Me, in Las Vegas, on the stage with the best women in network marketing worldwide!

If you had told me about that only several years ago – precisely in 2013 – when I was a mom of three kids in desperate need of her first job, after a broken marriage and little money in her pocket, I would have answered that it was impossible. But no. On that stage I did get up and this is what happened.

It was Eric Worre who invited me. Yes, he personally, one of the major experts in network marketing globally, author of the book Go Pro, as well as friend and mentor. He asked me to speak at the event “The Most Powerful Women In Network Marketing” in Las Vegas as a…“Rising star”! It was 2015 and I had joined the network marketing business only two years earlier, achieving great results.

I went onstage on tiptoe and I couldn’t believe I was standing next to women I had always considered unattainable, true network marketing legends making 5 million dollars a year. I’m referring to, for instance, Susan Sleigh, Donna Johnson and Lauren Slocum, who worked with Tony Robbins for more than 20 years. I was a “Rising star” and, compared to them, I still had a long way to go. However, I already gotten where I was, fighting like a lioness, and I was chosen by Eric for that very reason. On that occasion, on that stage, I had a single objective: share my story with all the women in my organization and with all those attending the event. My hope was that my story – and the stories of the women sitting by my side – served as an example for everyone in the room. My message was clear: network marketing is a real chance. A chance for everybody. On that stage I talked about my hope and about how I made it come true thanks to network marketing. I talked about my marriage that ended after 22 years, and about how all of a sudden I ended up with nothing. But I got through it, alone, with no job, and with three little kids. One day I looked at myself in the mirror and said: “I want to be a lioness for my children”. And I was.

At the end of my speech I got applause that filled my heart. My words hit the target. The questionnaire submitted after the event confirmed my feeling: I was appreciated as a speaker by the Americans…in other words, as they say, I made an impression. Thus, Eric Worre invited me to the event “The Most Powerful Women In Network Marketing” the following year, not as a “Rising star” this time, but as one of the most powerful women in network marketing. I was together with those women who seemed so unattainable the year before.

I made it and you can make it too. Do you want to know how?

If you have any questions or comments, feel free to write me: I’m here for you!